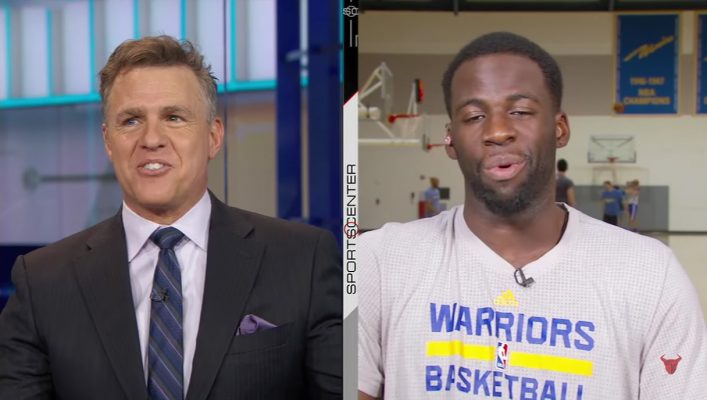 Ask your average NBA fan, and they will tell you that the rivalry between the Golden State Warriors and Cleveland Cavaliers — who have played in the NBA Finals two years in a row — is the best in the league. Just don’t tell that to Cavs superstar LeBron James, who earlier this season made it clear that he doesn’t believe there is a rivalry between the two teams.

On the other hand, one player who has never been shy about stoking tensions between the Warriors and Cavs is Golden State forward Draymond Green, who recently went on ESPN’s SportsCenter to discuss the four-time MVP’s stance on the topic.

Green did not hold back as he even went as far as to call James’ stance “bullcrap.” Take a look for yourself below.