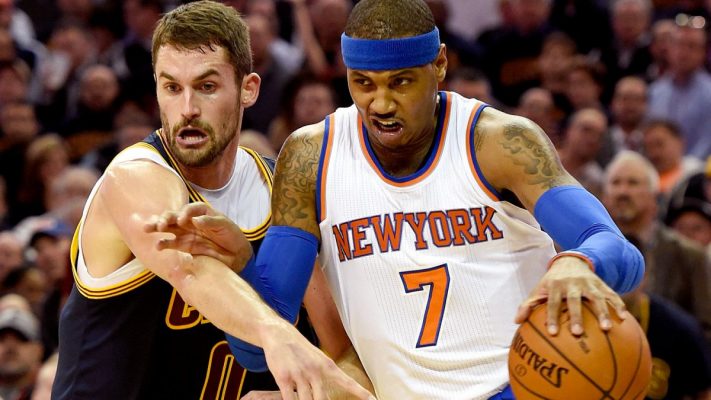 The idea of New York Knicks forward Carmelo Anthony being traded to the Cleveland Cavaliers is an idea that’s occasionally been rumored, though no serious effort had reportedly ever been made. Now comes word that Anthony was offered to the Cavaliers recently in exchange for power forward Kevin Love.

Marc Stein and Chris Haynes of ESPN reported that the offer was made by New York, but that Cleveland quickly rejected the offer.

Anthony was asked about potentially playing with LeBron James during Knicks shootaround in Dallas on Wednesday morning. He specifically referenced James’ controversial remarks Monday night about the Cavaliers needing to improve their roster.

Anthony was also asked about whether or not he’d be willing to accept a deal to go to Cleveland.

James has spoken in the past about his desire to play on the same NBA team with Anthony, who would have to waive his no-trade clause to make any deal happen. Anthony is making $24.6 million this season, compared to Love’s salary of $21.2 million.

Love has long been the subject of trade speculation, which began just months after being dealt to the Cavs in August 2014. That talk has largely subsided, primarily due to Love’s role in helping the franchise capture their first NBA title. In addition the strong support from teammates and head coach Tyronn Lue have reinforced the idea that Love isn’t going anywhere.