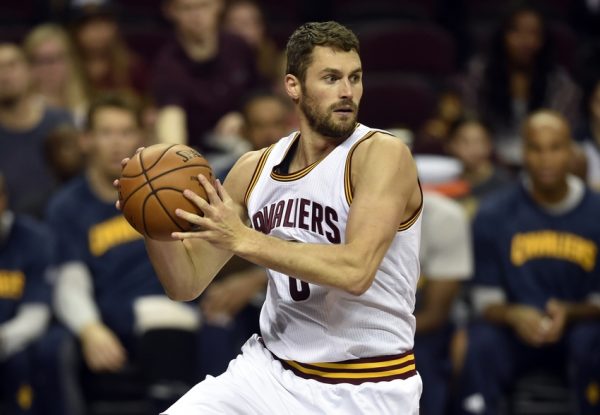 As the Cleveland Cavaliers return to Quicken Loans Arena for their first game following a six-game road trip, they’ll be playing without starting forward Kevin Love. That’s because according to Brian Windhorst of ESPN, he’s been ruled out against the Phoenix Suns as a result of lower back tightness.

#Cavs forward Kevin Love is OUT tonight vs. the Suns. James Jones will get the start per @WindhorstESPN

Love, who has battled occasional back trouble during his three seasons with the Cavaliers, first developed this latest problem during the first half of Monday night’s game at Golden State. Due to the steep deficit that Cleveland was facing after the break, Cavs head coach Tyronn Lue had decided to keep Love on the bench for the remainder of the game.

Love had been considered questionable for the Suns game and will likely have the same status regarding Saturday night’s nationally televised home contest against the San Antonio Spurs.