Don't Miss
Home / Videos / Timofey Mozgov: ‘To be honest I miss Cleveland. Everything was special there’

Timofey Mozgov: ‘To be honest I miss Cleveland. Everything was special there’ 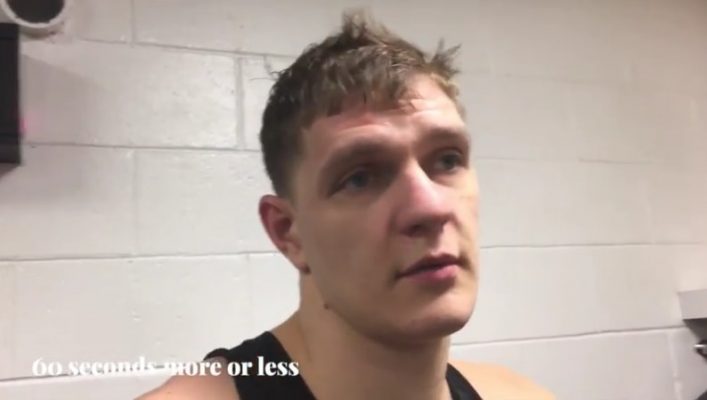 It seems like former Cleveland Cavaliers center Timofey Mozgov isn’t enjoying his time in Los Angeles as much as fans thought he would after he had signed a four-year, $64 million contract with the Los Angeles Lakers this past summer.

In a recent interview with 60smol.com, Mozgov goes on to say how he misses playing with the Cavs and how everything in the city of Cleveland was special.

“To be honest I miss that place,” says Mozgov. “Everything was special.”

The Russian big man is currently on an underwhelming 14-26 Lakers team and is probably a long way from ever reaching the promised land like he did with the Cavs.