Andre Iguodala on ‘The Block’: ‘That S— Was So Dope to Me, That S— Was Amazing’ 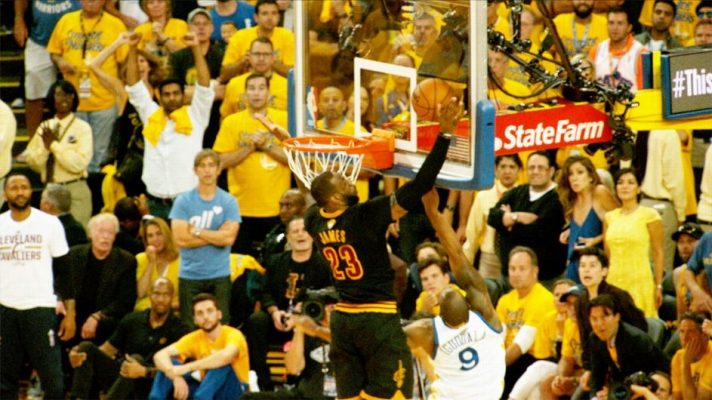 Now, Iguodala himself has spoken about the play itself, giving full credit to James while also pointing out the contributions of one of his teammates.

Iguodala spoke with ESPN.com’s Chris Haynes, who was working for Cleveland.com at the time of the block, and acknowledged that he’ll always be connected to the play. However, he gave special credit to the defense of J.R. Smith.

“Believe me, I hear it all the time,” Iguodala said. “If J.R. is not there, I’m dunking it. Well, I don’t know if I’m dunking, though, because I was about to die out there. But I give him all respect. When he blocked it, I thought somebody got shot. I laugh about it all the time. People try to joke on me. I still get mentions all day from fans always talking about the block.”

Iguodala sought to frame the play from a fan’s perspective, while paying tribute to James’ effort.

“I’m like, ‘Man, that s— was so dope to me, too.’ I was a fan. That s— was amazing,” Iguodala said. “When he blocked it, I was like, ‘Damn, somebody got shot.’ I thought it was funny. Somebody just made a good play. What you want me to do? If you enjoy the game of basketball, you should just be like, ‘Dude made a great play. F— it.'”

While Iguodala has gone over the play a number of times in the past four months, he doesn’t spend a great deal of time dwelling on his legacy.

“I looked back at it too, and had I came in from a different angle, I could have [dunked it],” he explained. “But you know who made the play? J.R. made the play. Because I came in thinking dunk and then I took off and he swiped [at the ball] and I had to move the ball. If you look, I moved the ball [to my right]. I just tried to finish the play.

In the unlikely event that fans have forgotten the play in question, here’s a quick refresher course:

Iguodala, James and Smith will all meet up again on Christmas Day, when the Warriors return to Quicken Loans Arena to face the Cavs in an afternoon clash.