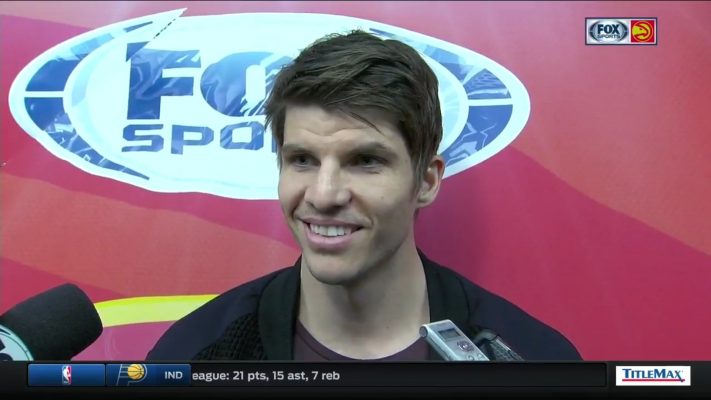 In a shocking midseason swap, seemingly out of nowhere, the Cleveland Cavaliers landed one of best 3-point shooters in the league in former Atlanta Hawks forward Kyle Korver.

The Cavs are reported to receive the forward in a package containing Mo Williams, Mike Dunleavy, and a protected first-round draft pick.

After the Hawks beat the New Orleans Pelicans by a score of 99-94 on Thursday night, Korver spoke with the media about the trade and how much he is going to miss the city of Atlanta.

Kyle Korver talks about getting traded to the Cavs. Sounds sad about it but says it's a ‘good basketball move'pic.twitter.com/bvqWoBndeU