Report: Cavs Officially Sign Andrew Bogut, Reveal When He Will Make His Debut 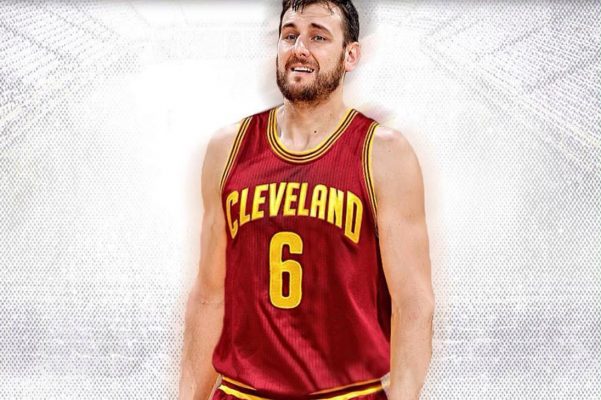 The newest member of the Cleveland Cavaliers, veteran center Andrew Bogut, officially signed with the team on Thursday. However, according to Tom Withers of the Associated Press, he won’t make his debut with the team until they return home for a Monday night contest against the Miami Heat.

Bogut is expected to make his Cleveland debut when #Cavs host #Heat on Monday.

A few hours later, Joe Vardon of Cleveland.com expanded on the issue, noting that Bogut would be making $385,000 for the remainder of the season and will be unavailable for the Cavaliers’ two road games this weekend. On Friday night, the team will face the Atlanta Hawks, followed by Saturday night matchup with the Heat.

Bogut averaged 3.0 points and 8.3 rebounds per game for the Dallas Mavericks before being traded to the Philadelphia 76ers on Feb. 23, just prior to the end of the NBA’s trade deadline. He obtained his release from the 76ers on Monday.

More important than his statistics this season, Bogut has plenty of postseason experience during his 12 seasons in the NBA, and will give Cleveland valuable depth in the paint. He’s played in 58 career playoff games, averaging 5.5 points and 7.6 rebounds.

Cavaliers head coach Tyronn Lue offered an optimistic look on what Bogut can provide the team:

“When (Kyle) Korver first got here, we turned down a lot of shots, we didn’t do the things we were accustomed to doing because we were trying to get him integrated, make him feel comfortable,” Lue said. “Once he realized what we do and how we do things and we understood what he liked, I think it was a great fit for us. It’s going to be the same for D-Will early, it’s going to be the same for Bogut. But once we all get together and get on the right page, we’ll be a tough team to beat.”