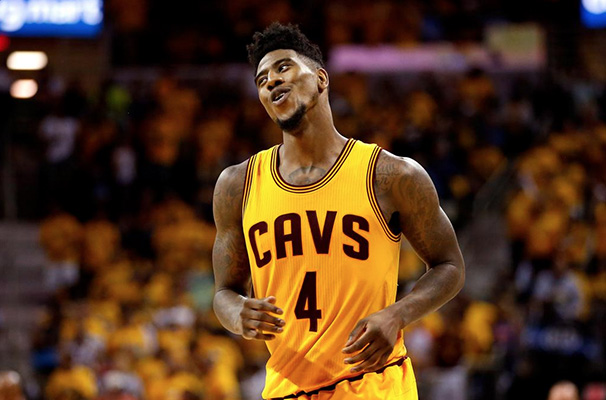 Hours after a five-year commitment from All-Star power forward Kevin Love, the Cleveland Cavaliers have signed another integral piece to a long-term contract.

According to several sources, including Adrian Wojnarowski of Yahoo! Sports and Ken Berger of CBS Sports, shooting guard Iman Shumpert has agreed to a four-year, $40 million deal with a player option in the fourth year.

Iman Shumpert has agreed to a four-year, $40M contract to remain with the Cavaliers, league source tells Yahoo.

Iman Shumpert’s deal to stay in Cleveland is four years, $40 million, with a player option for the fourth season, league source confirms.

According to ESPN.com’s Chris Broussard, the Dallas Mavericks, Los Angeles Lakers and Milwaukee Bucks all had interest in signing the 25-year-old guard.