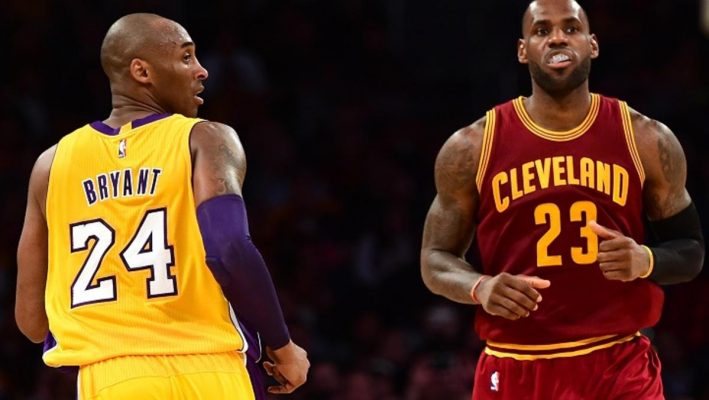 During the lengthy career of Chicago Bulls shooting guard Dwyane Wade, he’s had to go up against the best players the league has had to offer. Among that large contingent of talent, Wade has narrowed down the selection of his toughest matchups to just two players: LeBron James of the Cleveland Cavaliers and the retired Kobe Bryant, who played his entire career with the Los Angeles Lakers.

Wade spoke with Fox Sports Ohio’s Spencer Davies during Bulls shootaround earlier Wednesday and reflected on how it was difficult to put one player above the other.

Dwyane Wade reflects back on how his relationship with LeBron grew, says he & Kobe were toughest he's ever faced on the court. #Bulls #Cavs pic.twitter.com/iuZIS71ioS

“For me, one-two, no matter how you want to put them, it’s him and Kobe. Obviously, I’ve had to guard Kobe more, I’ve been in that battle a little more with him,” Wade said. “But LeBron, we’ve never seen a player like him. We’ve seen Magic [Johnson], they have similar style, but what he does in a game, how he affects games…Him and Kobe, for sure, the hardest and toughest guys that I’ve ever had to play against.”

Wade and James, who both arrived in the NBA at the start of the 2003-04 season, played together for the Miami Heat from 2010 to 2014, winning two NBA titles while reaching the finals in each of those four years. Prior to that, James was in Cleveland and Wade in Miami, a situation that resumed for two seasons when James returned to the Cavaliers in 2014.

During this past offseason, Wade signed as a free agent with the Chicago Bulls and will be facing James’ Cavaliers on Wednesday night. In their only previous meeting this season, Wade and the Bulls picked up a 111-105 win in Chicago on Dec. 2.