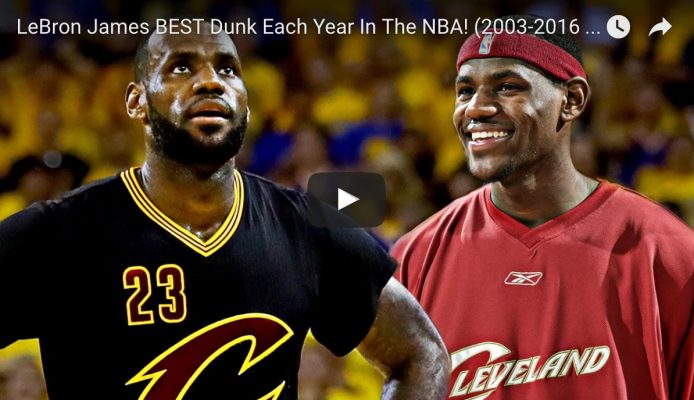 Arguably the most athletic player to ever grace the hardwood, Cleveland Cavaliers superstar LeBron James has been known to fly above the rim and come down with authority when it comes to his devastating dunks.

Some would say that James is a top-five dunker of all-time, but we’ll leave that discussion for another day. The four-time MVP has been in the league now for 14 seasons and to commemorate his 32nd birthday, the NBA has released a compilation of James’ best dunk from each season in the league.

Do you agree with the top dunk from each year?