Don't Miss
Home / Videos / Video: Marcus Smart and LeBron James Get Into It After Physical Play

Video: Marcus Smart and LeBron James Get Into It After Physical Play 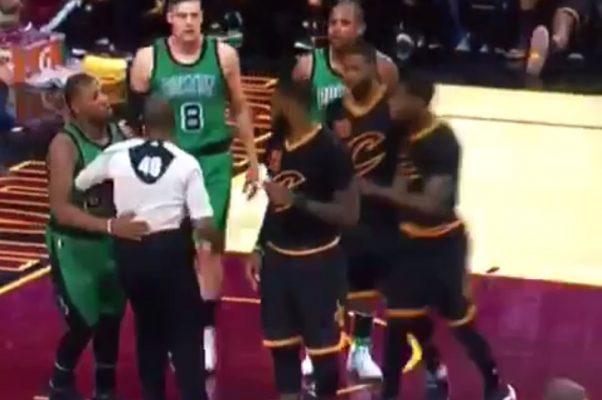 Boston Celtics point guard Marcus Smart has been known to be a very aggressive defender, and Cleveland Cavaliers superstar LeBron James got a first-hand taste of Smart’s pesky defense on Thursday night.

On back-to-back possessions, the four-time MVP found himself posting up the feisty point guard, who began clamoring to the refs for an offensive foul call due to The King’s aggressiveness. Watch as the two go at it in the video below.