Video: LeBron James Snaps Back at Reporter Who Tries Twisting His Words 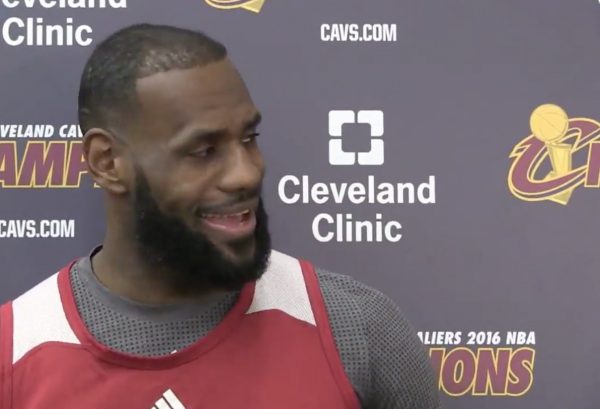 On Wednesday afternoon after the Cleveland Cavaliers’ practice session, a reporter tried to bait superstar LeBron James into confirming a statement he had reportedly said about guard DeAndre Liggins.

The reporter tried to follow up by saying he was just paraphrasing what James had said, but the superstar promptly responded:

“Well paraphrasing gets me caught up in some s— sometimes. I did not say that.”

The question starts at the 9:00 minute mark below.