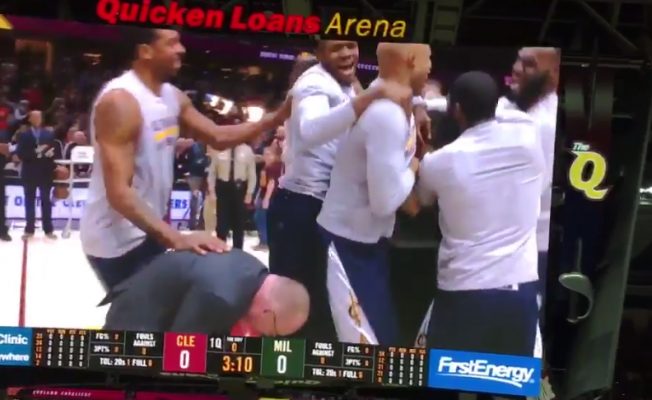 Watch as the unsuspecting Dellavedova receives his championship ring and then gets a warm embrace from multiple Cavs players.