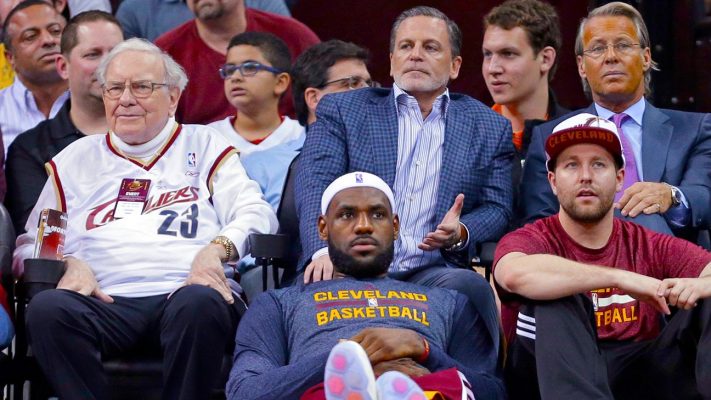 Since Dan Gilbert purchased the Cleveland Cavaliers in 2005, his goal was to bring a championship to the city of Cleveland. It took 11 years, but that goal was finally achieved last June with the Cavaliers becoming the first NBA team to win a championship after coming back from a 3-1 deficit in the NBA Finals.

Having accomplished the feat of breaking a 52-year championship drought within the city, Gilbert may now be in the early stages of possibly selling the team. According to a league executive, the owner’s master plan is to wait until the Detroit Pistons come up for sale and then engineer a deal to purchase the Pistons after selling the Cavs.

Is a homecoming in Dan Gilbert's future? @RicBucher gives a glimpse of what the future may hold pic.twitter.com/mNPuDZIufm

The move would make it easier for Gilbert, who lives in Michigan and has his Quicken Loans corporate offices in Detroit. He’s previously taken major steps to rebuild downtown Detroit, progress that will benefit from the Pistons’ move into the downtown Little Caesars Arena next year. The team announced plans last month to move from their longtime home, the Palace of Auburn Hills, which is located approximately 30 miles from the downtown area.

The only problem with this scenario is that current Pistons owner Tom Gores has given no indication that he plans on selling the team now or in the near future. He purchased the Pistons in 2011 from their longtime owners, the Davidson family, for $325 million.

However, if Gilbert were able to pull off this ownership switch, it would likely result in some heavy competition to buy the Cavaliers. Given the many long-term deals currently in place for players, the chance of extending the current level of success would likely make it an inviting purchase.

Gilbert has never been afraid to go far beyond the league’s salary cap in an effort to win a title, something that might not continue under new ownership. LeBron James has spoken in the past of owning an NBA team, though the timing may not be ideal in this case; current players are not allowed to own even a portion of a team.