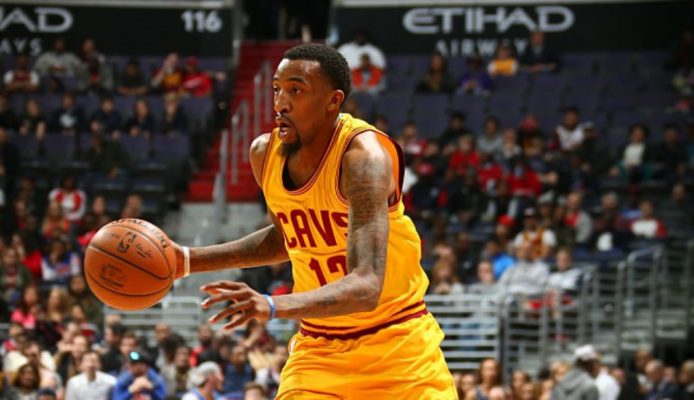 With just five days before tip-off of the 2016-17 NBA season, the Cleveland Cavaliers are continuing to seek out options for a reserve point guard to play behind Kyrie Irving by looking into a deal that may send Jordan McRae elsewhere.

Joe Vardon of Cleveland.com reports that advanced discussions have taken place with likely more than one team. He also notes that multiple deals could be in the offing, with the retiring Mo Williams‘ $2.2 million contract possibly being sent elsewhere. Williams has yet to file the official retirement paperwork, with the Cavs continuing to negotiate a financial settlement.

McRae is being seen as a trade chip and doesn’t figure to see much action due to the heavy competition at small forward and shooting guard. That depth is missing from the point guard slot, with rookie Kay Felder currently the lone reserve option. Given the injury history of Irving and his quick departure from Tuesday night’s game due to a calf problem, Cleveland is looking to keep an eye on his minutes throughout the regular season.

Vardon also noted that the trio of Markel Brown, Jonathan Holmes and Cory Jefferson had been released by the team. The expectation is that some or all of the players will remain in the organization as members of the team’s D-League affiliate Canton Charge.

Holmes finished the preseason by scoring 9.7 points and averaging 3.3 rebounds per game. That was followed by Jefferson’s 7.7. points and 5.2 points per contest and rounded out by Brown contributing 4.8 points and 1.7 boards per game.

One of the last spots on the roster is up for grabs between DeAndre Liggins and Dahntay Jones, with Liggins expected to earn the spot.