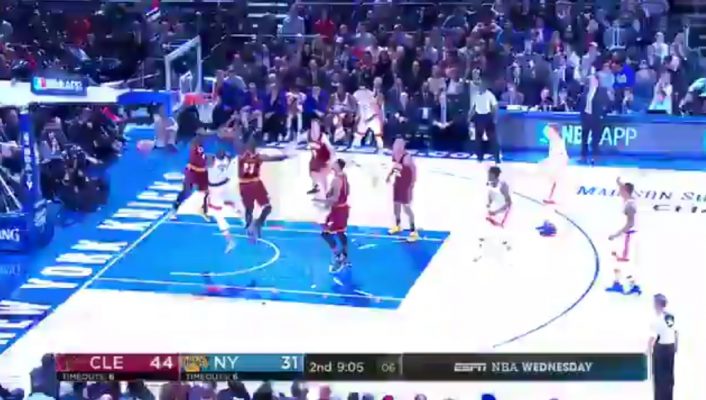 Both being members of the 2003 NBA Draft, it’s clear who the better player is between LeBron James of the Cleveland Cavaliers and Carmelo Anthony of the New York Knicks.

Wednesday night was a clear indication of that as James went up to authoritatively reject Anthony’s attempt at the rim.

Take a look for yourself below.