Don't Miss
Home / Media / Former Teammate of Michael Jordan Tells LeBron What He Has to Do in Order to Be G.O.A.T.

Former Teammate of Michael Jordan Tells LeBron What He Has to Do in Order to Be G.O.A.T. 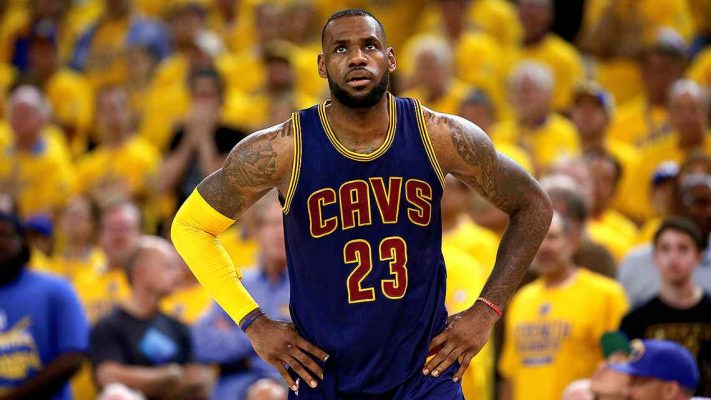 The controversy over LeBron James’ comments about chasing Michael Jordan in his quest to be the greatest player in NBA history has sparked further response from one of Jordan’s former teammates with the Chicago Bulls, B.J. Armstrong.

The 48-year-old Armstrong, who was a part of Jordan’s first three NBA titles with the Bulls from 1991-93, spoke to ESPN’s Chris Broussard and indicated that James could conceivably achieve his goal without the pressure of focusing on Jordan.

“Chasing a ghost is in make-believe land,” Armstrong said. “That’s far-out, that’s unattainable, that’s something you can’t achieve. This ain’t no ghost. If you want to do it, there’s a blueprint. It’s possible. There’s only one way to get there. It’s not possible for him to do what Jordan did because the circumstances are different, everything is different. What is possible for him is to be bigger than every situation that’s put in front of him, to dominate every situation that’s in front of him.”

James comparing himself to anyone else should also be discarded from his motivational arsenal, according to Armstrong.

“When you compared Jordan to somebody else, it made him more and more upset. That was with guys who played before him, guys he was playing against and guys in the future. He got upset every time (the media) got on TV and started comparing him to other people,” Armstrong said.

“He’s mad right now that somebody’s even thinking a guy can get to his level. Jordan tackled them all — Wilt [Chamberlain], everyone. Everyone from 1946 on, he went after them until there was no one left to compare him to,” Armstrong said. “So my challenge to LeBron is: This ghost has a face to him. So get rid of all the comparisons because Jordan, unequivocally, did not want you to compare him to anyone.”

That obsession with being the absolute best is what Armstrong believes James needs to try and overtake Jordan. That means taking every moment on the court seriously, no matter the surroundings.

In the end, the mental approach that Jordan brought to the court could be the determining factor when the final decision is made.

“I want these young kids to have that mentality. Jordan had phenomenal talent. He had phenomenal understanding. But he also had a mentality that I haven’t seen,” Armstrong said. “He had a sense of urgency every time he stepped on the floor. These guys now need to take on that challenge. At the end, we’ll know whether LeBron did it or not when y’all stop comparing him to other players.”

James’ comments are part of a Sports Illustrated story that goes on sale this week.

b.j. armstrongcleveland cavaliersfeaturedlebron jamesmichael jordannews ticker
← Previous Story LeBron James Reveals Motivation for Rest of Career: ‘My Motivation Is This Ghost I’m Chasing’
Next Story → NBA Players Vote on Who They Secretly Wish Was on Their Team