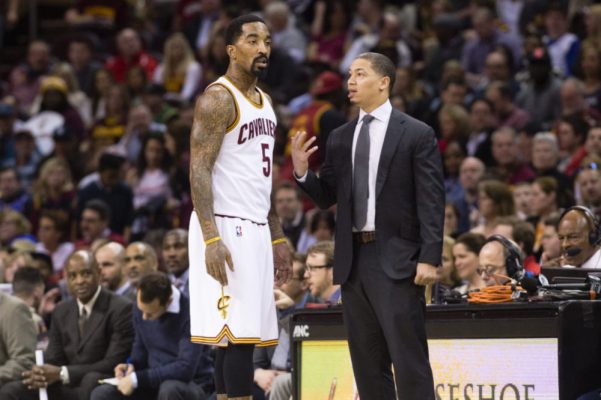 The recent shooting slump of Cleveland Cavaliers guard J.R. Smith is one of the things that comes with having a shooter who isn’t afraid to launch any shot up. The veteran’s streakiness is well known to his team, though it appears that there’s an understandable reason for his recent struggles.

Smith recently told Cleveland.com following the Cavaliers’ 113-94 loss to the Los Angeles Clippers that he’s been having trouble with his left knee, which may account for his recent 4-for-32 shooting and first-half struggles against the Clippers’ J.J. Redick. In Thursday night’s game, Redick connected for 21 of his 23 points during the first two quarters and Smith ended up being whistled for five fouls during the contest.

Dealing with the problem might require a closer medical examination, though Smith says he doesn’t want to consider it.

“There’s nothing I can do about it right now because I don’t want to get an MRI,” Smith said.

He’s hitting just 30 percent of his field-goal attempts, the worst number of his career in that category. In addition, his 32.7 percent 3-point shooting is the second-worst percentage of his career, just as his 8.1 points per game is the second-lowest of his time in the NBA.

Smith’s head coach, Tyronn Lue, attempted to take the blame for Smith only getting off three shots during the loss on Thursday night.

“I could have did a better job of running some things for him to try to get him involved, especially when they’re switching the way they switched,” Lue said. “Tonight he didn’t struggle. He made his first shot and then didn’t really get a chance to get him in a rhythm.”

Over the course of the next nine days, the Cavaliers will be playing five games. Each of the first three contests will be on the road.

cleveland cavaliersfeaturedJ.R. Smithnews tickerTyronn Lue
← Previous Story LeBron James Speaks About Possibly Meeting Warriors in Finals for Third Straight Year
Next Story → Tyronn Lue Said Something to LeBron That Pissed Him off During Game 7 of Finals