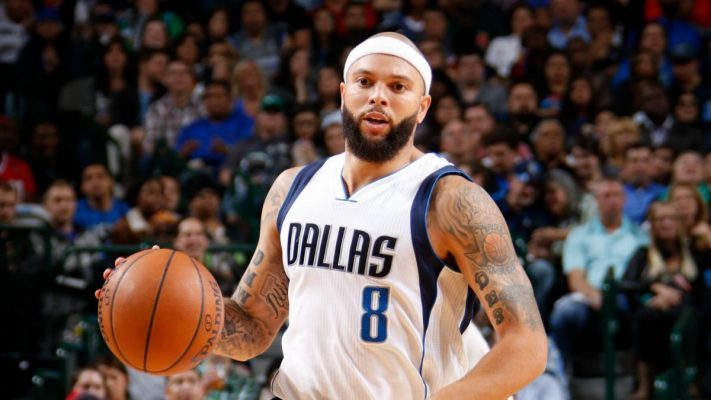 With the Cleveland Cavaliers still seeking greater depth at the point guard position, possible acquisition targets are surfacing, with Cleveland.com beat writer Joe Vardon offering insight into some of those possible options.

At one time, the familiar name of Norris Cole was considered to be a possible acquisition, but Vardon has dismissed that possibility. Cole, who is currently playing professionally in China, has connections to the city of Cleveland, having played collegiately just down the street from Quicken Loans Arena for Cleveland State University. In addition, he played three seasons with LeBron James in Miami, the first two of which ended in NBA titles for the Miami Heat.

“Though it was reported that Cole has an NBA opt-out clause, the Cavs believe Cole is not available until February, after the Chinese season — and could be locked up even longer if his team makes the playoffs,” Vardon wrote. “At any rate, it would not appear he is on their radar any longer.”

When it comes to other players, the date of Dec. 15 could be very important to any Cavaliers acquisition, according to Vardon. That’s because a number of trading options will open up.

“All indications are (for now) that they will try and go the trade route to get a backup to Kyrie Irving. Could be around Dec. 15, when free agents signed over the summer can be traded,” Vardon wrote. “I’m just throwing a name out there — Dallas’ Deron Williams is on that list. So is Orlando’s D.J. Augustin.”

The 32-year-old Williams has been a starter for virtually his entire career, with this season marking his 12th in the NBA. Having played for the Jazz, Nets and Mavericks, he’s had a career scoring average of 16.7 and assist average of 8.2. Both numbers have dipped since his glory years, with those numbers at 12.5 and 4.8 respectively, in six games this year.

Williams had been struggling with tightness in his left calf, but returned to action Wednesday night at Boston. Playing only nine minutes, he was held scoreless. However, his contract can work for the Cavs, considering his $9 million salary can fit under the $9.6 million trade exception they have for this season. In addition, his salary for the next three seasons is a relatively manageable $5.5 million.

As far as Augustin, he turned 29 last week and is currently averaging 9.3 points and 2.3 assists. Both numbers are slightly below his career averages, with Orlando being his eighth NBA team. Augustin is in the first season of a four-year deal that will pay him $7.25 million each year.

In the end, neither player may ever end up donning a Cleveland uniform. However, support behind Irving is a necessity if the Cavaliers once again want to raise the Larry O’Brien Trophy.