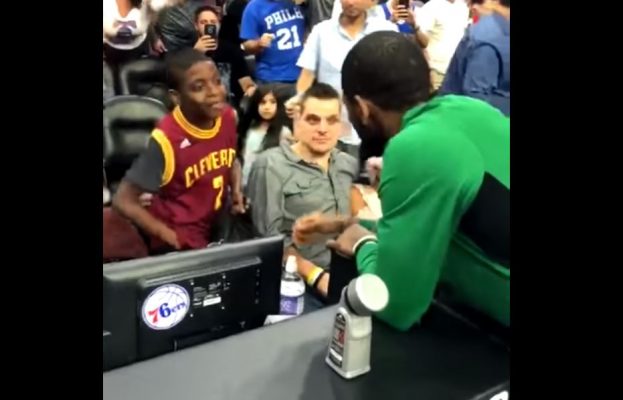 Even though Kyrie Irving is no longer a member of the Cleveland Cavaliers, he hasn’t forgotten about fans that had invested their hard-earned money in now-outdated items like his Cavs jersey. Evidence of that came on Friday night, when Irving’s new team, the Boston Celtics, faced the Philadelphia 76ers in a preseason contest.

Irving spotted a young fan wearing his old Cavaliers jersey and presented him with a pair of his shoes. After the fan requested an autograph, Irving proceeded to sign both shoes for him.

The NBA season begins on Oct. 17, when Irving will quickly find out how much popularity he still has in Cleveland. That’s because his Celtics team will face the Cavaliers at Quicken Loans Arena in the season-opener for both teams.