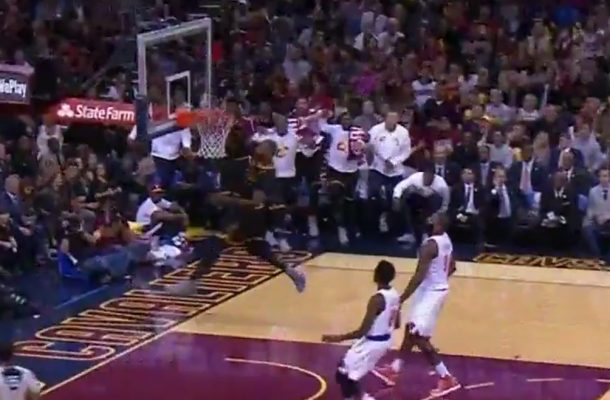 One would expect there to be plenty of rust or a “championship hangover” after the long-awaited NBA season for the Cleveland Cavaliers.

However, it looks like the Cavs are already in midseason form as they’re currently taking on the New York Knicks.

Watch as LeBron James sprints down the length of the court to throw down the filthy jackhammer dunk on the fast break.