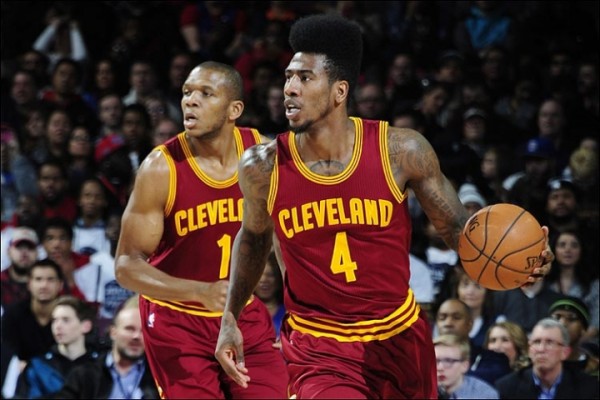 The lone negative for the Cleveland Cavaliers during their first game of the 2016-17 NBA season on Tuesday night was the injury sustained by guard Iman Shumpert, which has led to the guard being placed in the NBA’s concussion protocol.

Joe Vardon of Cleveland.com indicated that Shumpert collided with New York Knicks center Kristaps Porzingis with 51 seconds left in the third quarter of the Cavaliers’ 117-88 rout of the Knicks. The collision was hard enough to require Shumpert to need help walking off from the court to the team’s locker room from team trainer Stephen Spiro and veteran James Jones.

Shumpert’s status means that he won’t be cleared to play again until he shows no residual symptoms of the concussion each time he undergoes a series of tests. That makes his status for the Cavs’ next two games on Friday and Saturday questionable at best. The team travels to Toronto to face the Raptors in that first contest before returning home to face the Orlando Magic.

The irony of Shumpert’s injury is that he was serving as the team’s reserve point guard in place of rookie Kay Felder, who also remains in concussion protocol. The latter injury was suffered last Friday when Felder was inadvertently elbowed by teammate Chris Andersen.

Felder could be cleared in time for the two weekend games, but Cleveland does have a backup plan if that doesn’t happen. The current strategy in that case would be to use DeAndre Liggins at the point when Kyrie Irving needs a rest.