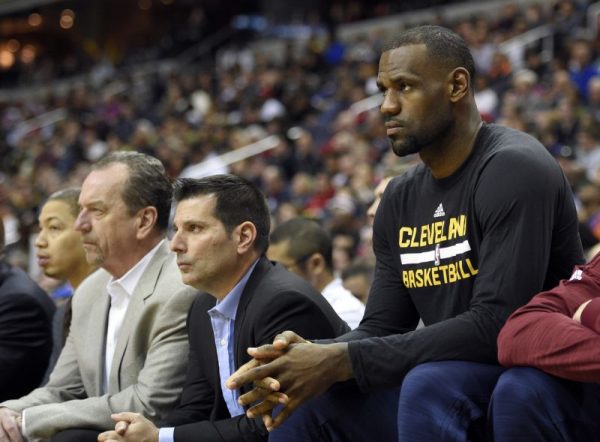 In an effort to reduce the amount of wear and tear over the course of the season, Cleveland Cavaliers forward LeBron James will sit out the team’s next three preseason matchups.

Joe Vardon of Cleveland.com noted that Cavaliers head coach Tyronn Lue had already planned to sit James for the Toronto contest. In addition, Lue indicated that the Atlanta and Chicago games would primarily serve as a chance to see how many of the fringe players currently on the roster could fare.

Lue did indicate that James would play in the October 18 contest at Ohio State University’s Schottenstein Center against the Washington Wizards. Part of that reason stems from the fact that James has a close relationship with the school and that he prefers playing preseason games that take place in non-NBA cities.

James’ business relationships also play a role in his enthusiasm towards playing at Ohio State.

“I know I don’t spend much time down there but when I get there I try to hit as many places as possible,” James said. “I’m not going to run myself to where I’m exhausted, but I’m definitely going to try to hit a couple places for sure.”

As far as James’ opinion on the topic of not playing at this point of the campaign, he has no complaints.

“Man listen, since coach Lue took over, it’s what coach wants,” James said. “He said he’s gonna sit me til Columbus, so, I got to get my work in.”

Another reason for the approach is that the 31-year-old James was forced to have an anti-inflammatory injection after his back became sore during last year’s preseason. No such problems exist so far this year.

“I’m good,” he said. “(Another injection is) something we have in our back pocket if need be. It’s not even a discussion that’s been held, so, it’s a good thing, it’s a good feeling.”

That game at Ohio State is seen by Lue and the team as a dry run of their October 25 opener at home against the New York Knicks. Prior to the start of the latter contest, a championship banner will be unveiled and the team will receive their championship rings.