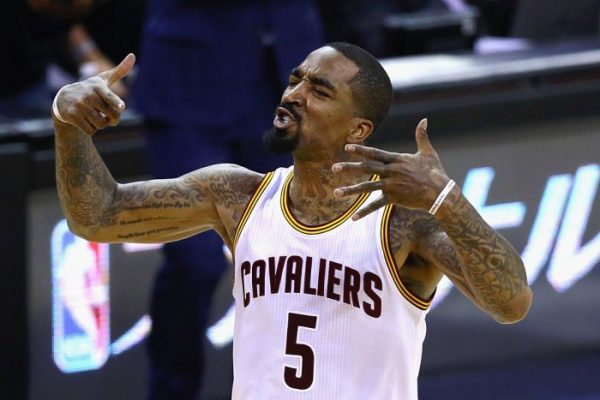 The ongoing contract negotiations between the Cleveland Cavaliers and veteran free agent guard J.R. Smith has been a source of concern for Cavaliers fans, due to his still-unsigned status. However, a recent interview appears to indicate that Smith has no real intention of leaving the organization for another team.

Smith spoke with Adam Caparell of Complex.com while the two competed on the golf course, Smith’s other favorite sporting venue outside of the basketball court. Asked when he’ll sign, he began by simply saying, “Soon, I hope.”

Expanding on the topic, Smith then indicated that his close connection with the organization likely means that it’s only a matter of time before he inks a deal. He’s been hoping to obtain a multi-year deal at $15 million per year, while the Cavaliers have been reportedly offering a few million less for each season.

Smith’s new wife and daughters are attending school in the Cleveland area, another indication that he has no real interest in leaving.

“My family is always my priority,” says Smith. “After that, winning is obviously the biggest thing. Because if you don’t win, nothing really matters. You can have all the money in the world and they can still call you a loser.”

Still, Smith refused to actually rule anything out.

“Yes and no. It depends on how you look at it,” says Smith. “Financially, you can always go somewhere else. Team morale-wise, there are a few teams that I could see working. There are guys I would like to play with, guys I have played with. Being able to live in that city or a particular place, school systems, kids, family life—(with) free agency, everything comes into play. Before, I could just sit there and be like, ‘I don’t care where I go.’ But now I have the kids, and it’s like, ‘Ok, what’s the best fit?’”

Going back to the end of Game 7 of the NBA Finals, Smith spoke about the swirling emotions that ended with him in tears.

“It’s weird because you don’t know how to feel,” Smith said. “When the buzzer is going off you’re like, ‘This is real. We just did this.’ Everything was running through my head within seconds. There were so many mixed emotions. You want to be just so happy with your teammates, but there’s so much you put into it and to finally achieve that, it’s like, man…”

Smith’s infamous bare-chested look after winning the title even got the attention of President Obama. That sparked an entrepreneurial idea with Smith’s family about making a t-shirt that duplicated his upper body.

“When Obama said ‘Tell J.R. to put a shirt on,’ it instantly clicked,” says Smith. “My brother, he’s like, ‘Yo, we have to do a shirt!’ They’ve been everywhere. The craziest place I’ve seen it is on my mom. My mom loves the shirt.”

Finally, joking about the idea of taking on teammate LeBron James on the golf course, Smith indicated that James’ ability on the links is better than some might think.

The Cavaliers’ training camp gets underway on September 27.