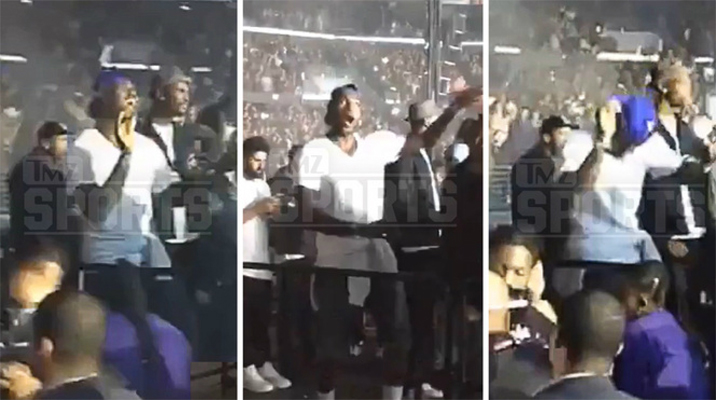 At first, James can be seen bobbing his head back-and-forth to Drake’s “Summer Sixteen” hit but finds his groove when the rapper’s song “Child’s Play” comes on. Later in the video, James really gets into it by dancing to guest rapper YG’s hit song “Twist My Fingaz.”

In another video posted to Instagram, a close-up video of James and his wife Savannah shows the couple enjoying the show together. Watch as James turns up to Drake and Future’s hit song “Grammy” on Wednesday night.

A video posted by EntertainmentForBreakfast (@entertainmentforbreakfast) on Sep 8, 2016 at 5:50am PDT

As the old saying goes: dance like no one’s watching.