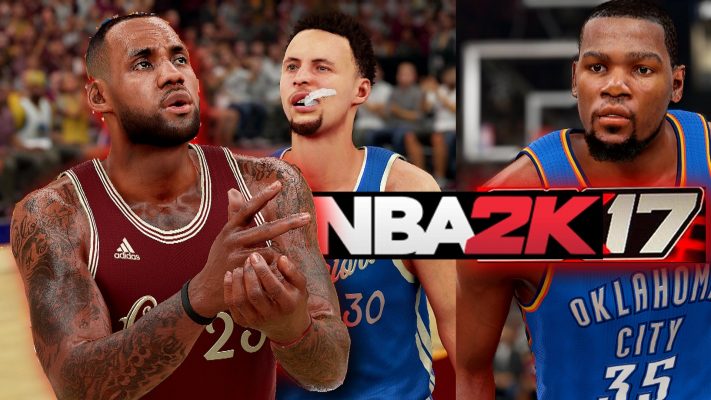 There was a point last season where Cleveland Cavaliers star LeBron James was not the highest-rated player in the video game franchise NBA 2K16, as Golden State Warriors guard Stephen Curry had surpassed him about halfway through the season.

But much like how James led the Cavs back from a 3-1 deficit in the NBA Finals to defeat Curry and company, he also regained his throne as the top-rated player in the video game.

Entering this season, he still holds the throne.

James is officially the best player in the game, with an overall rating of 96. He leads Curry by two points, who comes in at 94 overall. Behind Curry is a trio of players rated at 93: Russell Westbrook, Kevin Durant and Kawhi Leonard.

There is not much movement amongst the top tier of players, although most saw a drop in their ratings from the end of last season. One player who did improve in his rating, however, was Cavs point guard Kyrie Irving. Irving finished last season with an 88 overall, but comes into 2016-17 with an 89 overall rating, tying him with Damian Lillard as the third best point guard in the game.

There is not much change to the rating system, although the biggest adjustment has been the addition of shooting categories. In the past, shooting ratings were listed as either standing or moving, but this season they will be listed as open, contested and moving. It’s a change to accommodate the way Curry was performing throughout the season last year.

While James has gotten the top spot as a player, the Warriors have bested the Cavs in terms of overall team ratings. The Warriors have four players rated at 90 or above, and their depth chart makes them a team with better ratings than the 1995-96 Chicago Bulls, a team led by Michael Jordan that won 72 games.

Cleveland may not have the same starting lineup prowess as the Warriors in the game, but they have the best player in the game and in the world, so picking the Cavs as your go-to team wouldn’t be such a bad idea.