Why Cavs Should Look Into Acquiring Marcus Smart by Trade Deadline 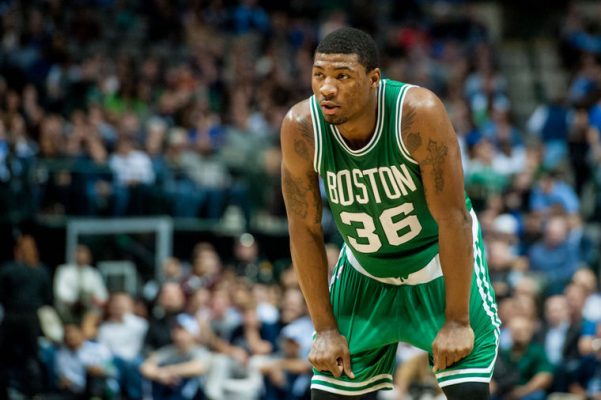 The need for the Cleveland Cavaliers to get their championship hopes back on track has been linked to the team making a key acquisition before Thursday’s trade deadline. One intriguing name that looks to be available may not cost quite as much as other names that have been mentioned.

That player is Boston Celtics guard Marcus Smart, who the Celtics may be sending elsewhere. The belief is that Boston would accept a first-round pick for him, which is something the Cavaliers could conceivably do with their own first-rounder.

“You talk about Marcus Smart, he’s a player that’s available for a first-round pick. If a team was willing to give Boston a first, Boston would look at,” Adrian Wojnarowski said in the latest edition of his podcast. “If they didn’t have to take back a lot of money going out in the future. He’s restricted this summer, you don’t know what it will cost to keep him.”

Below are some of the reasons that picking up Smart would be, pardon the pun, a smart move for the Cavaliers:

Smart will be a free agent in July, but it will be of the restricted variety. That means that the Cavaliers don’t have to worry about dealing for someone who may not be around next year. They can simply match the highest offer, which may end up costing them some more money, but will offer a level of certainty toward the 2018-19 campaign.

Right now, Smart is only making $4.5 million for the 2017-18 season, so even if he manages to more than double that amount for his contract, it’s a number that won’t cause the Cavaliers to shy away. After all, the team is paying the oft-injured Iman Shumpert over $10 million, yet haven’t really gotten their money’s worth over the past few years.

Smart turns 24 next month, which would make him one of the youngest players on the Cavaliers. While veteran presence gives the team battle-tested players, it can make things difficult when trying to keep up with younger and faster teams. Smart is in his fourth season and combines a rare commodity of youth and experience that can inject some life into the Cavs.

Bringing an aggressive mindset to the court might be something that can rub off on the defensive side among his would-be Cavaliers teammates. The latter group has often shown little skill or even an inclination to maintain a solid defensive front this season, and an increased defensive intensity would benefit the team heading into the postseason.

Besides his defensive prowess, Smart does a little bit of everything on the offensive side of the ledger. While his numbers won’t wow anyone, his ability to offer consistent production off the bench can help wipe away possible concerns. Right now, the Cavaliers appear to have a few too many specialists, so bringing in an all-around player can’t hurt.

Saturday night’s debacle against the Houston Rockets put on display a Cavs team that was equal parts listless and incapable of dealing with one of the elite teams in the NBA. A slow start mushroomed into a full-blown meltdown, with players either not getting across a particular message or having it tuned out by teammates. Having Smart available to go full-throttle will at least offer the team the opportunity to provide a spark of life.

Going deep into the postseason, as in the Finals, has been something that’s been a regular happening for the Cavs since the return of LeBron James in 2014. In 2016, it resulted in an NBA title. While Smart hasn’t yet reached that stage, he did see action in 18 games last year, including the five against the Cavaliers in the Eastern Conference Finals. That’s after having played in 10 over the previous two seasons. Adding someone young and talented who isn’t suddenly awed by the playoff experience will be beneficial.

The only fly in the ointment when it comes to trading for Smart is that he’s currently out with a lacerated hand and is not expected to return until just after the All-Star break.

That means he won’t be able to immediately help the Cavaliers, but could be an asset they could develop even further down the road, including this season. He’s certainly more of a known commodity than the likely late first-round selection the Cavs would be giving up to bring him to Cleveland. Given the potential payoff, the relatively small down payment seems worth the price.