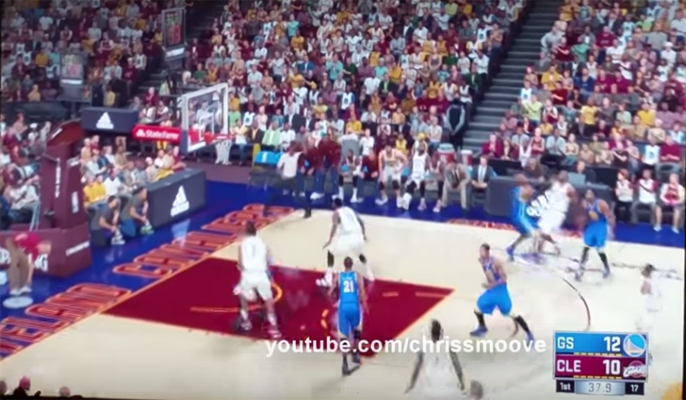 In one of the most highly anticipated games of the year, NBA 2K17 has decided to give its patient fans some more footage in addition to the official game trailer that was leaked a couple weeks ago.

This time, the Cleveland Cavaliers are featured in a leaked video of 2K gameplay as they are seen playing against the Golden State Warriors in demo mode.

The footage was officially leaked at Gamescom, which is a trade fair for video games held in Germany. It allows several different companies to feature their upcoming games, including the highly touted NBA 2K17.

As you can tell from the first video, the players look a lot more realistic than the players in NBA 2K16. The players’ body types actually match their body types in real life as evidenced by Kevin Durant’s build.

In addition the lighting of the game looks a lot cleaner and crisper overall. This, along with the new layout of the scoreboard should make for a much better presentation of the game in NBA 2K17.