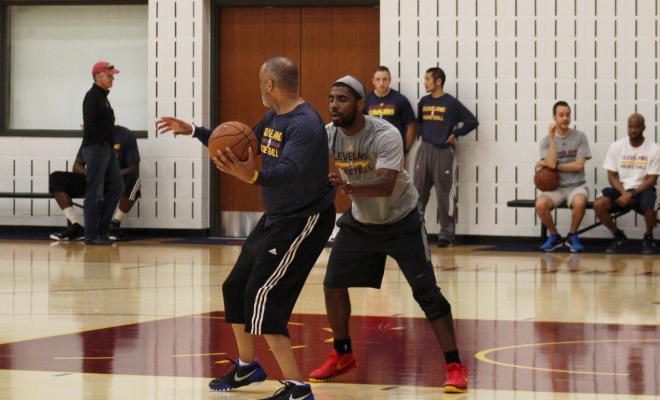 It seems that Cleveland Cavaliers point guard Kyrie Irving is progressing well in his recovery from a fractured kneecap suffered in Game 1 of last year’s NBA Finals.

Cavs head coach David Blatt announced recently that Irving is “ramping up” his workload, but is still following protocol and doesn’t have a timetable yet to return.

With fellow guard Iman Shumpert also out for at least three months due to wrist surgery in the offseason, the health of Cleveland’s backcourt is shaky at best.

On the bright side, backup point guards Mo Williams and Matthew Dellavedova have been thriving in the backcourt in the absence of Irving as they have combined averages of 19.0 points and 10.7 assists through three games.

As Dave McMenamin of ESPN put it:

Look for both Williams and Dellavedova and even LeBron James to continue to fill in on their extra point guard duties with Irving recovering from his injury.