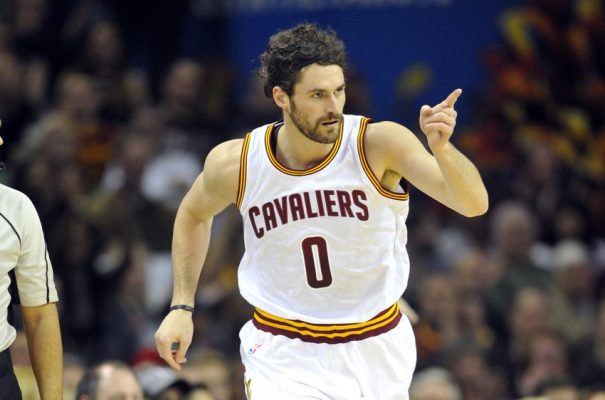 In the two seasons that Kevin Love has been a member of the Cleveland Cavaliers, he’s seemingly been a lightning rod for any frustrations directed at the team. In addition, most mentions of his interactions with LeBron James have been microscopically analyzed and lathered with a psychological component in some desperate attempt to gauge the true feeling between the two players.

Love’s critics have seen fit to package him in hypothetical trades to either Boston, Sacramento, Oklahoma City, Portland, Los Angeles and parts unknown. Yet Love very well could be on course for his first breakout season with the Cavs this year. Here are four key reasons:

When Love was basically hand-picked by James and dealt to Cleveland two years ago, both the spoken and unspoken belief was that anything less than a title wasn’t good enough to justify giving up future All-Star Andrew Wiggins. Plus, coming off a season in which Love had averaged a double-double, fans expected a prolific scorer and rebounder.

Love’s injury prevented him from contributing during the last three rounds of the 2015 playoffs, with the absence of his 16.4 points and 9.7 rebounds during the regular season leaving a gaping hole during the finals. This past year, he came back and put up nearly identical numbers before being part of a Cavaliers team that won 12 of their first 14 playoff games.

The concussion Love suffered in Game 2 of the finals was actually seen by some as an improvement for the team, especially after the team’s only win in the first four games came when he was recovering from the injury.

His contributions in the wins during Games 5 and 6 were seen as minimal, yet when the Cavs needed him, he came through in Game 7. Besides 14 rebounds, his much-maligned defense resulted in the Golden State’s Stephen Curry putting up a desperation shot in the final minute, helping to clinch the Cleveland’s first-ever title.

Now Love’s critics have no more ammunition to volley. He’s getting a championship ring thanks in part to his defense and his efforts didn’t go unnoticed by either James or general manager David Griffin, who have indicated that he won’t be traded. There’s no reason for Love to even bother caring what his critics say next.

Next Page: A Stronger Coaching Connection