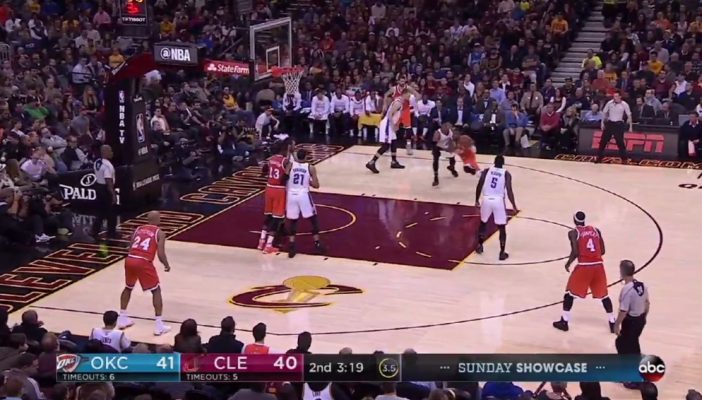 Ladies and gentlemen, Kyrie Irving has claimed yet another victim.

The latest victim comes courtesy of the Oklahoma City Thunder as point guard Russell Westbrook found himself on an island against the league’s best ball-handler.

Watch as Irving crosses up Westbrook so bad that he leaves the Thunder guard with no choice but to foul, resulting in an and-one for Irving.