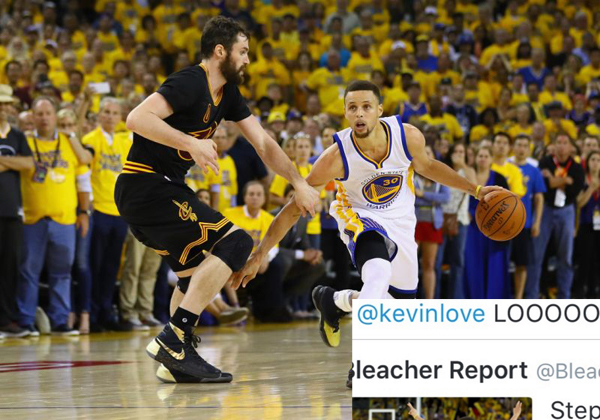 Taking time during the offseason to express his opinion about the NBPA’s poll of which player was the hardest to defend, the Cleveland Cavaliers’ Kevin Love subtly gave a thumbs down on Twitter to the choice of the Golden State’s Stephen Curry.

Love, who rarely uses the “like” option on the social media outlet, was amused enough to make this only his 27th like since joining Twitter in November 2010.

The irony, however, comes in the form of Game 7 of the NBA Finals. Following Kyrie Irving’s eventual game-winning three-pointer with 52 seconds left, Curry’s attempt to quickly cut the margin to win or tie the game was prevented by Love’s harassing defense. Oh, the irony.