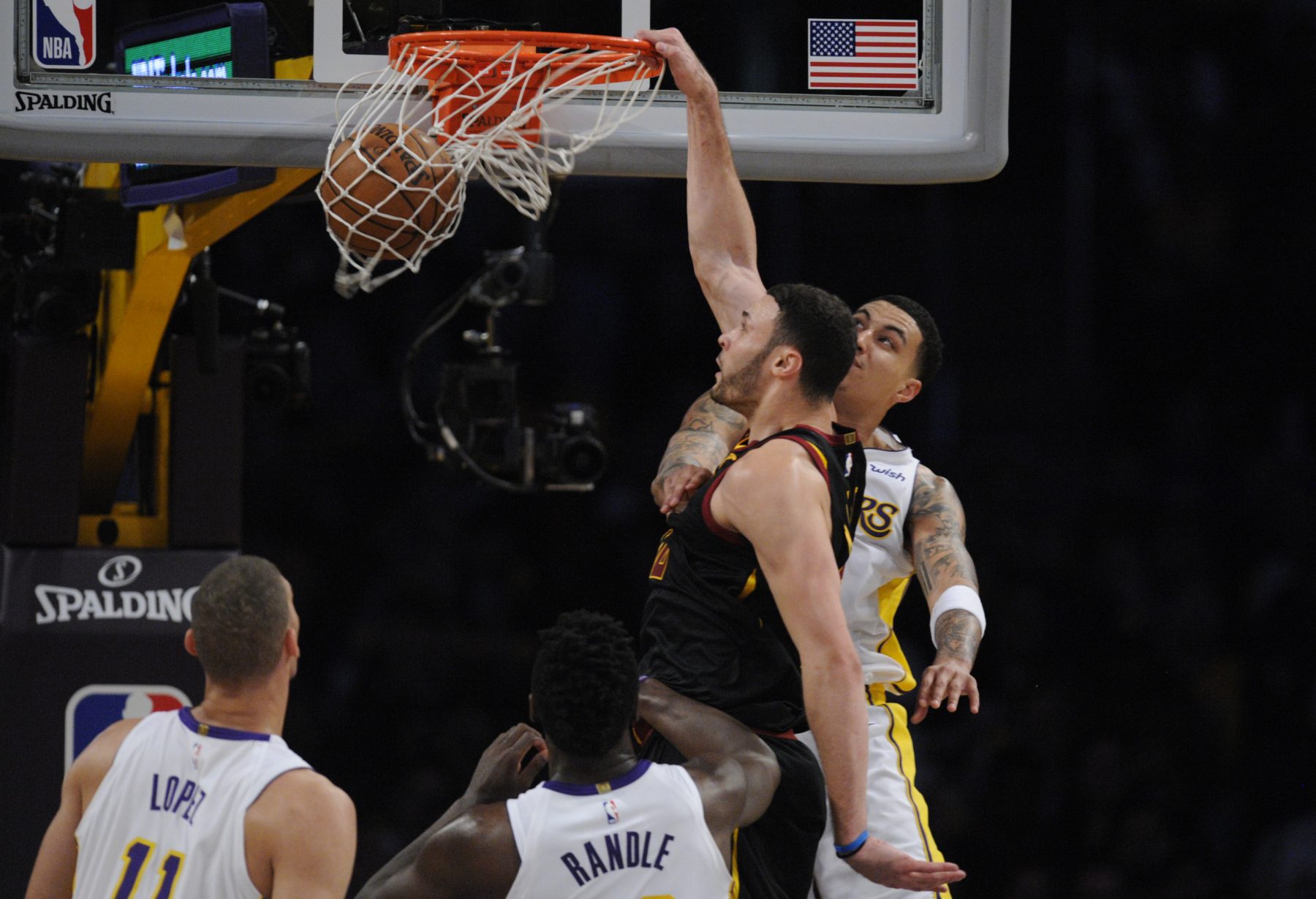 When Larry Nance Jr. was traded to the Cleveland Cavaliers in February 2018, it afforded him the opportunity to return to his boyhood home and play for the team his father had a generation ago.

However, he noted on social media that his departure from the Los Angeles Lakers also brought with it sadness because of the friendships he had established while with the team.

Probably my teammates or the beach.. but still very happy here at home https://t.co/mUHCFZhmRh

The 26-year-old Nance was chosen by the Lakers as the 27th overall selection of the 2015 NBA draft and largely saw action as a player off the bench for the rebuilding franchise.

He was in the midst of his third year with the team when he was dealt to Cleveland along with guard Jordan Clarkson, with the two enjoying the team’s run to last season’s NBA Finals.

However, the fortunes of the Cavaliers took a nosedive this past season following the departure of LeBron James. They finished far out of the playoff standings with a 19-63 record.

Just prior to the start of the 2018-19 regular season, Nance signed a contract extension that is scheduled to pay him $45 million over four years. That deal begins with the start of the 2019-20 campaign, with the aggressive veteran hoping to avoid injuries that have taken him off the court for stretches of time over each of the past three seasons.