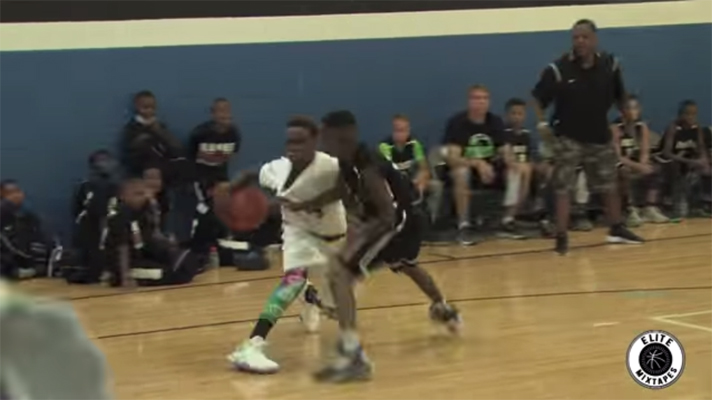 LeBron James Jr. is a chip off the old block. We’ve seen videos in the past of LeBron James‘ son straight balling over the competition and this latest video is no different. Check out little Bronny and the show he put on in Charlotte, North Carolina last weekend as he helped boost his North Coast Blue Chips to a national title in their respective age group.

James Jr. is only in fifth grade but he is already proving to the world that his game is nearing elite status. He has reportedly already received offers from both Duke University and the University of Kentucky. The young gun clearly emulates his father’s style of play on the court, as he shows off his flashy passing skills and innate ability to draw defenders and get into the paint with ease.

Watching this kid grow into his own will not just be a treat for his three-time NBA champion father, but for basketball fans all around the world as well.