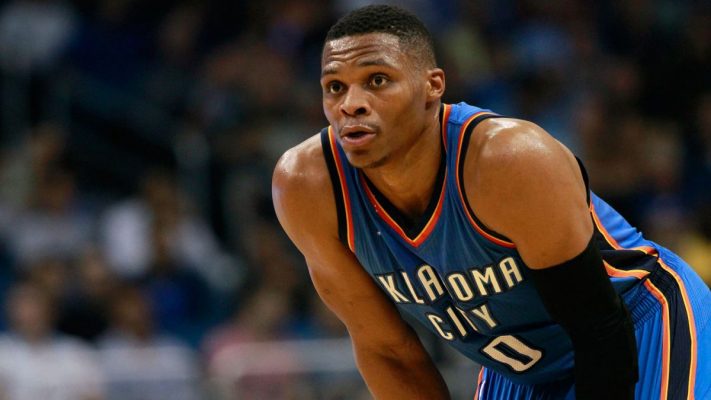 In a rumored effort to maintain the status quo among the NBA’s elite teams, the Cleveland Cavaliers are reportedly one of eight teams seeking to acquire Oklahoma City Thunder point guard Russell Westbrook according to Matt Moore of CBS Sports.

However, part of the price tag for that acquisition would be giving up the team’s current starting point guard, Kyrie Irving and a future first-round selection.

The Thunder are facing the strong likelihood of the 27-year-old Westbrook leaving in free agency after next season, following in the footsteps of Kevin Durant, who left the team to play for the Golden State Warriors.

Should the deal come about, Westbrook would be reunited with former UCLA teammate Kevin Love. Westbrook, who averaged 23.5 points, 10.4 assists and 7.8 rebounds per game last season, would obviously need to be locked up long-term for the Cavs to even consider trading Irving.

The likelihood of Irving leaving is seriously open to question in any event. That’s due to the fact that he hit the go-ahead shot in Game 7 of the NBA Finals. That three-pointer gave the Cavs their first-ever title and the city of Cleveland its first championship in 52 years.