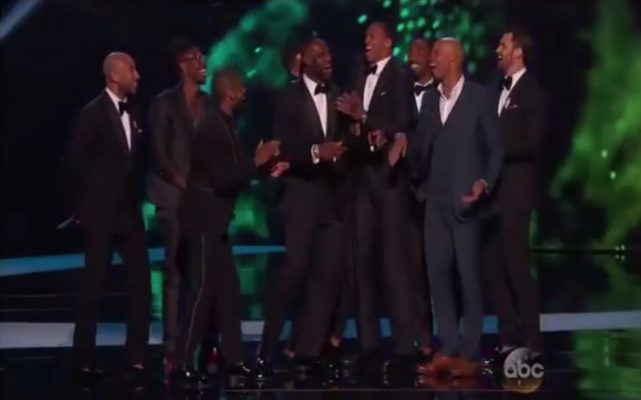 The moment of the night came when the core of the team went up to accept the “Best Team” award. Watch as James completely trolls his entire squad during the team’s acceptance speech.