Report: Ray Allen’s Representatives Have Reached out to Cavs 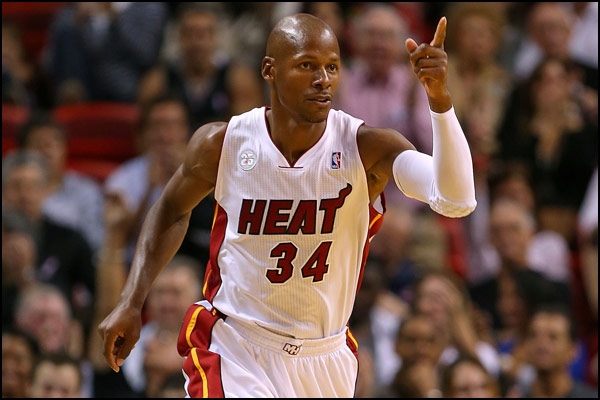 After sitting out the past two seasons, veteran shooting guard Ray Allen is reportedly considering returning to the NBA and the Cleveland Cavaliers are one of the teams that he might sign with for the 2016-17 campaign.

Chris Haynes of Cleveland.com noted on Wednesday morning that Allen’s representatives have reached out to a number of title-contending teams, including the Cavaliers.

Allen, who turns 41 on July 20, played with LeBron James during James’ time with the Miami Heat. He’d previously been rumored to be coming out of retirement, but hasn’t played since James’ last game with the team in 2014. During that season, he averaged 9.6 points per game and during his 18-year career, scored an average of 18.9 points per game.

Allen’s veteran leadership and three-point shooting ability (a 40 percent career average) interests the Cavaliers, according to Haynes’ report. In Game 6 of the 2013 NBA Finals, his clutch three-pointer helped save the Heat from losing the series, which was followed one night later by a Game 7 victory.