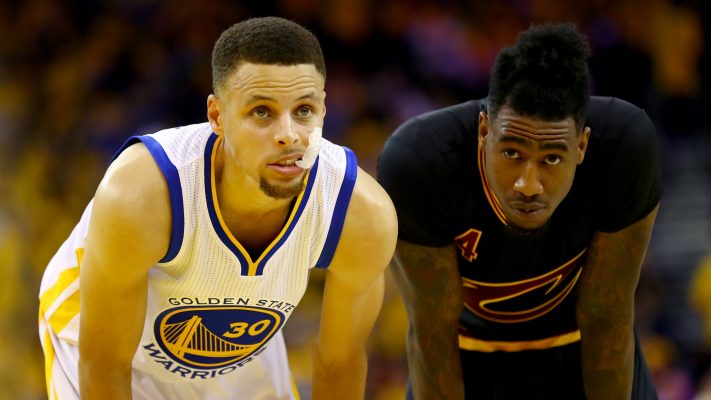 Iman Shumpert and the Cleveland Cavaliers definitely have earned bragging rights for the rest of the year after winning the 2016 NBA Championship.

Early Tuesday morning at Shumpert’s youth basketball camp in Oak Park, Illinois, the 6’5″ guard was asked by a camper what it felt like to guard Golden State Warriors point guard Stephen Curry.

That’s when Shumpert responded with this:

At Iman Shumpert's basketball camp. Q/A with campers: "What's it like to guard Steph Curry?" A: "Feels good to beat him."

It doesn’t look like any of the Cavs players will be slowing down in their gloating as they all clearly remember the shots the Warriors took at them after losing in last year’s NBA Finals.