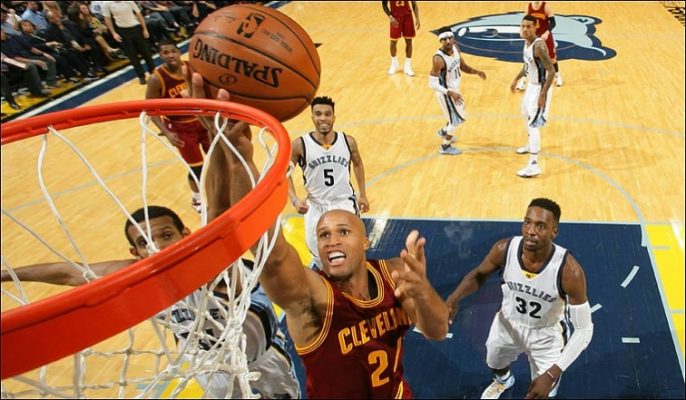 Cleveland Cavaliers veteran forward Richard Jefferson is planning on returning to the NBA next season and has reportedly indicated that he’d like to play two or three more seasons. That news comes via Chris Mannix of The Vertical, who noted that the 35-year-old pending free agent has apparently changed his mind about retiring.

Almost immediately after the Cavaliers won the NBA title on June 19, Jefferson announced that he was closing out his 15-year career. However, during the team’s championship parade and celebration three days later, he seemed to indicate a willingness to come back by asking the crowd their opinion. Their response was an enthusiastic cheer.

While Jefferson was a popular member of the team and enjoyed his season with the Cavs, it’s not an absolute guarantee that he’ll re-sign with the Cavaliers. That’s because he may receive a much higher offer from another team. The reason such an offer may be forthcoming is that some teams need to make sure that they reach the salary cap floor that’s taking a considerable jump beginning with the 2016-17 season.

Due to those salary cap considerations on the other end, the Cavs will only be able to offer slightly more than the veteran’s minimum that Jefferson earned this past season, when he made $1.499 million on a one-year deal. While his role during the regular season was as a reserve, he became an important part of the Cavaliers’ lineup during the postseason.

On Monday, Cavs general manager David Griffin indicated that the team planned on keeping as much of the title-winning team together as possible. In this particular situation, he may need the assistance of the players and head coach Tyronn Lue to convince Jefferson to take less than he might earn elsewhere.