Cavs News: LeBron James Will Not Play for Team USA in 2016 Olympics 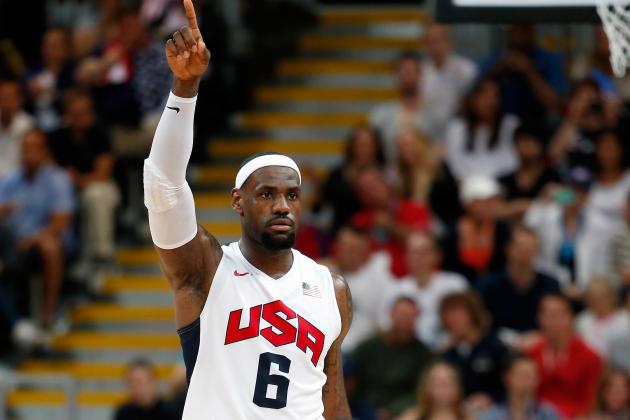 After playing to the season’s maximum capacity, Game 7 of the NBA Finals, Cleveland Cavaliers forward LeBron James has told Team USA that he will not be participating in the 2016 Olympics in Rio de Janeiro in August, per Cleveland.com.

“I could use the rest” James said.

The 31-year-old has been to the NBA Finals six straight years, meaning he’s played well into June for a long time. Logging in 21,664 NBA minutes, James has endured the most playing time over the decade. Kevin Durant, the next closest, has played 18,901 minutes, during the same span in the NBA.

Already having represented the country three times in the Olympics (2004, 2008, 2012) and capturing gold medals (2008, 2012), the four-time MVP saw it as a good time to gain rest and pass the baton to the league’s younger players. One of those guys might be fellow teammate Kyrie Irving, who is almost guaranteed a spot on the roster.

Fortunately for The King, no one will be criticizing him. James received a ton of respect after willing his team back from 3-1 in the Finals against the league-best Golden State Warriors and bringing Cleveland its first title in 52 years. The 13-year veteran will look to defend that throne by fully resting during the offseason.