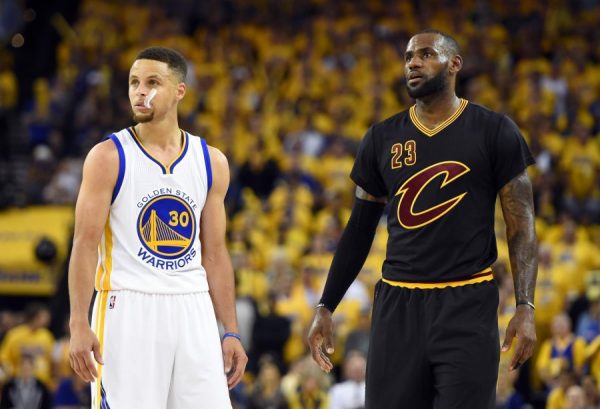 Training camps have not even started, but ESPN has already put out its very first edition of annual power rankings. And to no surprise, the defending NBA champion Cleveland Cavaliers are on the very top of that list.

ESPN’s Marc Stein and his Committee of One is back for a 15th consecutive season doing the power rankings, and his reason for ranking the Cavs No. 1 is based on a long-standing tradition he has with the opening rankings.

“LeBron James and his title-winning Cavaliers — how does that sound Cleveland? — naturally start out on top, upholding our longstanding tradition which mandates that the No. 1 spot is what the defending champions deserve,” Stein wrote.

But even if this were not a longstanding tradition, it would not make sense if any other team were to claim the top spot at this point in the season.

Despite acquiring Kevin Durant, the Golden State Warriors are still very much a work in progress. The Warriors have lost very crucial players from last year’s squad, including Andrew Bogut, Harrison Barnes and Festus Ezeli. The addition of Durant obviously makes up for some of that departing skill, but it will be at least a month or two until the Warriors start to gel as a unit.

Stein also noted that the Cavaliers’ championship squad returns almost entirely intact, and the departures of Timofey Mozgov and Matthew Dellavedova were offset thanks to the acquisition of Mike Dunleavy.

The team that is most likely to knock of the Cavaliers from the top spot in the early weeks of the season falls at No. 3 in Stein’s earliest rankings.

The San Antonio Spurs return basically every key player from last season, except for future Hall of Famer Tim Duncan. Duncan was finally caught by Father Time last season, and was not really an effective player for more than a few minutes at a time. The Spurs, led by Kawhi Leonard, will be one of the best teams in the NBA, and the only likely suitors of that top spot in the early weeks of the NBA season.

The LA Clippers come in at fourth in the first edition of the rankings, and the only other Eastern Conference team in the top five is the Toronto Raptors, who pushed the Cavs to six games in the Eastern Conference Finals last season.