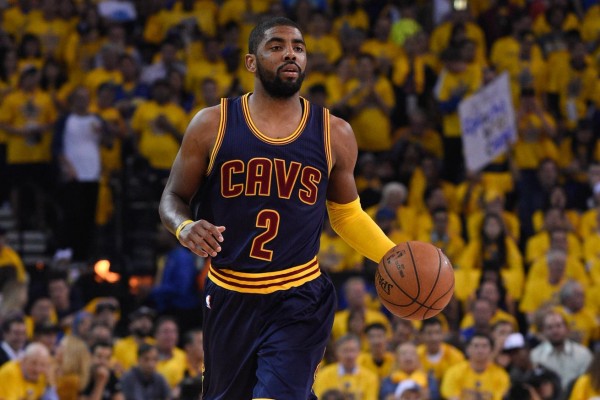 Kyrie Irving was among the top two guards in all three early returns of Eastern Conference All-Star voting over the past month.

Despite the fact that Irving didn’t make his season debut until December 20th and that he has only played in 16 games this year, Irving looked like a lock to start the All-Star Game in Toronto on February 14th.

However, that wasn’t the case—when starters were announced for the game this past Thursday night, Irving had been passed in voting by the Toronto Raptors’ Kyle Lowry.

Despite being passed over as a starter for the All-Star Game, Irving has no issue with the result:

“Whether I made it or not, it was going to be the same reaction from me. It would’ve been good to be there in Toronto, but like I said, he (Lowry) deserves it. I didn’t play in 26 games. I’m still making up ground now. My main focus is being there for my teammates and getting better every single day.”

The Cleveland Cavaliers guard followed up his thought by saying he doesn’t deserve to be playing in the All-Star Game:

“Honestly, me as principled man, seeing it from a broader perspective, I wouldn’t be mad at all. Personally, I don’t feel like I deserve it just from the amount of games that I’ve played and the body of work. There are guys that have been playing the whole entire season that are more deserving than I am.”

It’s nice to see an honest and fair assessment about the topic from the 23-year-old point guard. As good as Irving has been over the past few seasons, he has played in just 16 games this year after missing the beginning of the year due to a knee injury.

Irving’s main concern should be helping the Cavaliers get back on track in their quest to win an NBA championship. Judging by his comments, that seems to be Irving’s motivation at the moment.