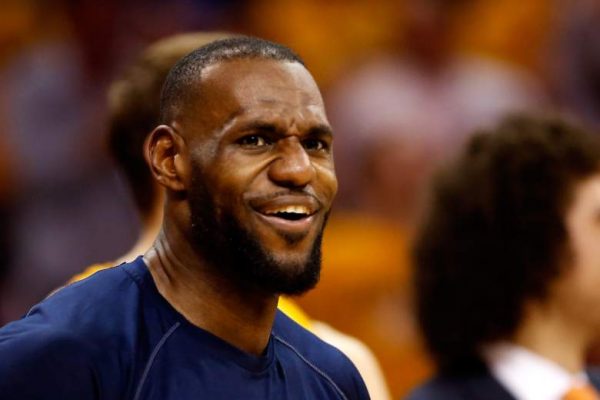 The Cleveland Cavaliers came away with a 115-101 victory against the Golden State Warriors Thursday night to tie the NBA Finals up at three games apiece.

Superstar LeBron James played a huge part in the team’s victory as he came away with his second consecutive 41-point game to go along with 11 assists and eight rebounds.

In a postgame press conference after the game, James was asked what he thought of being compared to point guard Steph Curry as the best basketball player on the planet, and his response was a bit different than last season’s.

Reporter: “LeBron, people now will say that you and Steph Curry are the two greatest players on the planet. But they don’t necessarily determine which one is the best. You competed so hard in this series. You seem to take special delight sometimes in blocking his shot. Tell me what that’s been like to compete against a guy that’s sort of vying for that title with you.”

LeBron: “At the end of the day for me, I don’t really get involved in that. I try to be the best player I can be for this team every night and lead these guys out … I don’t really get caught up in what everybody else talks about. I think you should know me by now. I see what you’re trying to do though.”

The questions starts at the 7:41 mark of the video below.