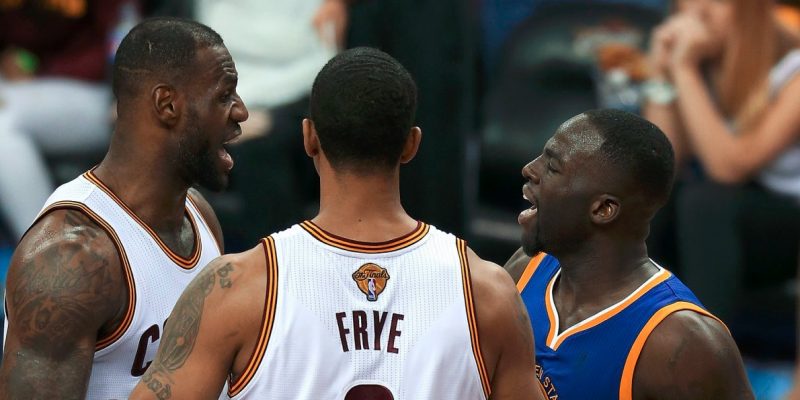 Even though the NBA suspended Draymond Green for Game 5 of the NBA Finals, the Cleveland Cavaliers were seeking to double that punishment by making Green’s hit on LeBron James a Flagrant Foul 2.

That information came from Zach Lowe of ESPN, who indicated on his podcast that the Cavaliers believed that Green’s Game 4 hit to James’ groin was worthy of the added punishment. Instead, the NBA decided that the hit, which came when James stepped over Green, was only worthy of a Flagrant Foul 1. In addition, the league assessed James a meaningless technical foul.

That decision kept Green from playing in Game 5, which the Cavaliers won at Oracle Arena in Oakland by a 112-97 score on Monday night. Had the Cavs gotten their wish, Green would also have been suspended for Thursday night’s Game 6 in Cleveland.

Green’s suspension came after he had surpassed a point threshold established for previous incidents, including two in the Warriors’ Western Conference Finals series. In those instances, he struck the Oklahoma City’s Steven Adams twice in the groin in consecutive games.

The Cavaliers need to win on Thursday to extend the series to a deciding Game 7, which would take place back at Oracle Arena on Sunday night.