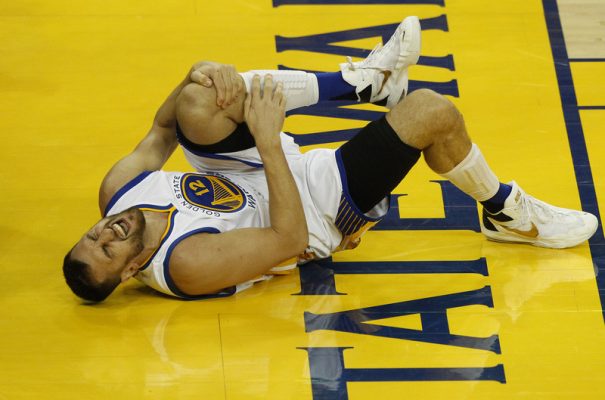 The Golden State Warriors received bad news on Wednesday morning upon hearing that center Andrew Bogut will need 6-8 weeks to fully recover from the left knee sprain he suffered in Game 5 of the NBA Finals against the Cleveland Cavaliers on Monday night.

Warriors make it official: Bogut out 6-8 weeks. No surgery. pic.twitter.com/WwkZC1q9ZB

On Tuesday, Bogut underwent an MRI, which revealed bone bruises to his proximal tibia and distal femur, two major bones in the leg.

Bogut injured the knee during the opening moments of the contest while defending against a shot by the Cavaliers’ J.R. Smith. The center landed awkwardly on his left leg and crumpled to the ground in obvious pain. He was then escorted to the Warrior locker room and didn’t return in a game the Warriors lost 112-97.

Though he’s averaged only 12 minutes per contest in the finals, Bogut’s defensive presence was evident in Game 2 when he blocked five Cavs shots.

The absence of Bogut is countered in part by the return of forward Draymond Green to the Golden State lineup for Game 6 on Thursday night.