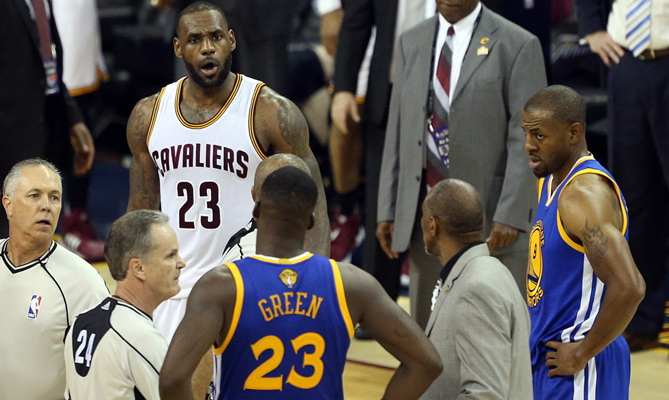 After much speculation, the conversation that took place between LeBron James and Draymond Green during their scuffle late in Game 4 of the NBA Finals has finally been released.

As reported by Ryan Cortes of ESPN’s The Undefeated and Marc Spears of ESPN, Green repeatedly referred to James as a b—-, which James did not take kindly to.

It seems as though James being a family oriented man makes no difference to Green, as Green could be seen hitting James below the belt just before the words were exchanged.

As a result of the play, Green was retroactively given a flagrant foul, which resulted in his being suspended for Game 5 tonight.

James was given a technical foul for “physically taunting” Green when he stepped over him.

Here is the play in its entirety.