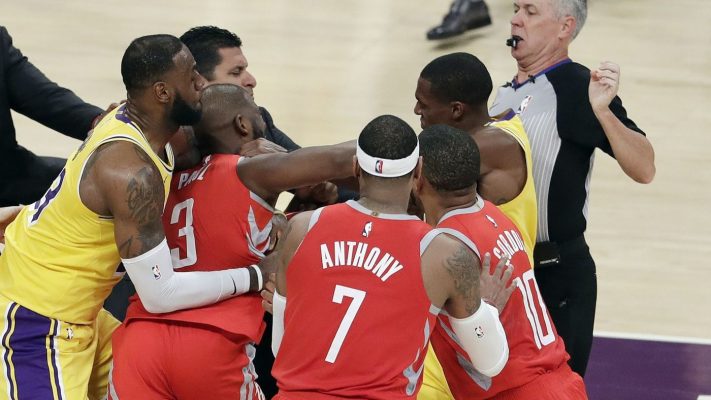 The NBA has finally handed down punishments for the Los Angeles Lakers-Houston Rockets brawl that occurred on Saturday night.

Lakers small forward Brandon Ingram likely received the biggest suspension due to instigating the entire brawl with his push on Rockets guard James Harden. He also threw a brutal haymaker towards the end of the fight directed at Chris Paul.

Lakers guard Rajon Rondo also instigated his part of the fight when he spit in the face of Paul. That incited Paul to shove his hand in Rondo’s face, which led to Rondo and Paul exchanging blows.

The punishments seem worthy of the crimes, although some may complain that they are a bit light for punches actually connecting.