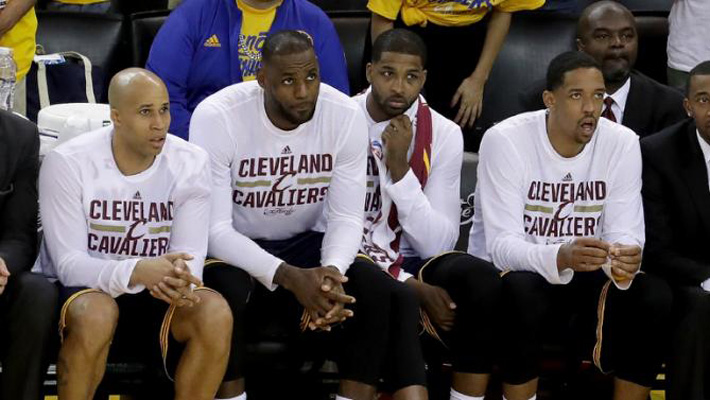 With Kevin Love officially out for Wednesday night’s Game 3 of the NBA Finals, the Cleveland Cavaliers need to find a replacement for him in the starting lineup as they take on the Golden State Warriors.

If Akron Beacon Journal beat writer Jason Lloyd’s tweet is of any indication, the decision has officially been made with Richard Jefferson being the choice:

Meanwhile, Richard Jefferson is last player on practice court this morning getting up shots. And he's wearing a starter's jersey.

Lloyd indicated that the 35-year-old Jefferson was wearing a starter’s jersey during the team’s shootaround this morning. During the regular season, he started five of the 74 games he played for the team.

Three of those starts came in the first five weeks of the season, another came in place of LeBron James against Washington on February 28 and the last one came in the regular season finale against Detroit on April 13. All of his postseason performances have been as a reserve.