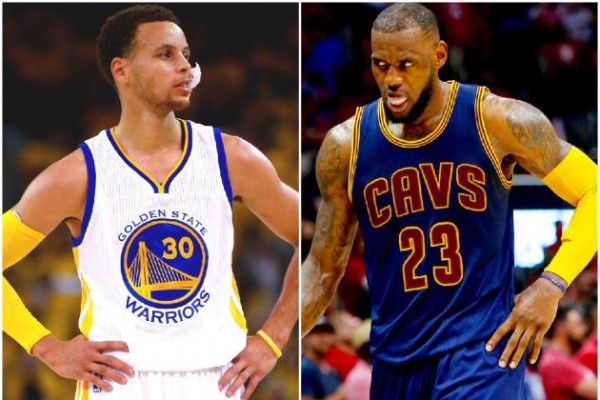 The past six months have seen a rush in some quarters to anoint Stephen Curry of the Golden State Warriors as the new face of the NBA, making it seem as if LeBron James were somehow no longer relevant.

Yes, Curry appears to have it all on the surface: two MVP awards, a championship ring, an adoring fan base, an adorable family. And having turned just 28 this past March, his best days could still yet be ahead of him.

Much like Magic Johnson and Larry Bird during the ’80s and Michael Jordan and Karl Malone during the late ’90s, there’s a risk in comparing two superstars who have met in the finals but seldom if ever match up head-to-head. Curry and the Warriors got the best of James and the Cleveland Cavaliers last June, but make no mistake who holds the upper hand in the long run. It’s James, and here are seven reasons why:

It took only three seasons for James to be voted as one of the top two forwards in the league. The only time he has not received that honor since then came the following season, when the Cavs reached the finals for the first time in franchise history as he was nosed out by Tim Duncan and Dirk Nowitzki. The all-time record of 11 first-team selections, currently shared by Malone and Kobe Bryant, seems well within James’ reach.

Curry did not join that elite circle until last season, his sixth in the league, a year after being a second-team selection. An argument can be made that he had to contend for votes with the likes of Bryant, Chris Paul, James Harden and Derrick Rose. But James’ competition at his position has included Duncan, Nowitzki, Kevin Garnett and Kevin Durant.