Kyrie Irving Finally Responds to Rumors That Kehlani Cheated on Him 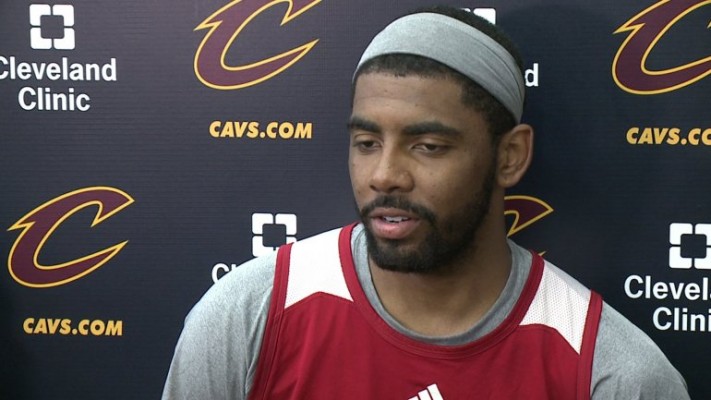 In the midst of a whirlwind of drama surrounding himself and R&B singer Kehlani, the Cleveland Cavaliers point guard has responded to the rumors that allege the musical artist cheated on him. Irving responded in a series of tweets that have since been deleted.

Nate Scott of USA Today’s For The Win broke down exactly what the drama is all about, as Scott Polacek of Bleacher Report summarizes:

“Nate Scott of USA Today‘s For The Win broke down the entire situation in detail Monday, explaining that Kehlani used to date rapper PartyNextDoor before being linked to Irving. PartyNextDoor then posted a photo on Instagram implying he was back together with Kehlani.”

Irving then responded by stating the following in four different tweets which have all been deleted since:

“It’s been hard to see what’s been going on and not address the truth. I do not justify the picture or what dude did to try and spark all of this non sense that could have been avoided, but me and Kehlani were not dating when the picture came out. It’s unfortunate that it’s received so much attention but its become bigger because of a post that was misunderstood. Nothing but love and compassion over this way for her and her family. My only focus the Game I love to play every night.”

This story has received a lot of attention because Kehlani reportedly attempted suicide due to the story of her cheating on Irving. She is now out of the hospital and back home.

Whatever the truth actually is, the situation seems to have been put in the rear view mirror by Irving.